Home » Violence against women is the path to divorce 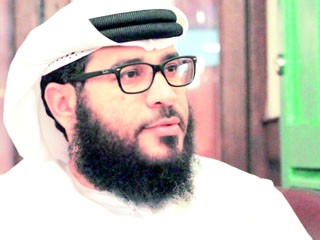 Violence against women is the path to divorce

Some women continue to suffer “domestic violence”, a disturbing nightmare for their lives. Violence can take the form of physical, psychological or verbal abuse.

Afrah Al Basti, Director General of Dubai Foundation for Women and Children, revealed recently that the number of women victims of violence is “low" compared to the number of victims of this category in many countries of the world, thanks to the efforts and great interest in promoting the status of women and care for their rights.

She pointed out that the institution receives cases referred from all government and civil bodies, has received «124 cases» domestic violence against women over the age of «18 years», during the second quarter of this year.

She said that the number of cases of citizens of the UAE amounted to 41 cases, not exceeding 33% of the number of cases, while the remaining cases of 83 cases, 67% of residents on the territory of the state, and explained that 90% of the total women received by the institution during the second quarter of This year, they were abused by their husbands, 7% of cases were abused by the father, 4% by the mother, 2% by the brother, and about 2% by the stepfather.

About 99% of cases were verbal abuse, 75% were neglected or deprived, 55% were physically abused, and 52% were financially abused.

From the experience of a battered woman «st. A »who has been married for three years, and is still at the beginning of her marriage, she imagines that her situation reaches this limit of verbal violence and other times to physical violence, says:« I try to avoid him at the time of his nervousness, he revolts and gets angry and beat me if he is upset “I even feel embarrassed by my friends when I go to work and they ask me about the obvious beating on my face.”

Khaled Obeid is “married" to the distress of the man who violates the wife of various types of violence, whether psychological, verbal or physical, pointing out that these actions reflect a person who is mentally ill and mentally ill.

He says «not manhood that the husband practiced all kinds of violence against a woman who is overwhelmed and weak, and no one stands beside her, which is if she was subjected to violence, often patient and do not tell anyone from her family so that the problem does not become bigger, and all the sacrifices often made For children or for the continuation of married life without bearing the title of «absolute».

Lawyer Mohammed al-Ghafli says: “Violence against women is not a phenomenon, but rather individual cases. One of the reasons that lead men to this violence is the absence of religious motivation, and then education. It is customary to watch his father violence his mother, not to mention the jealousy of the man on his family, some wives come acts that cause that violence, angering the man, and practiced violence of all kinds ».

He adds «the causes of violence against women also, ignorance and lack of culture, and different customs and traditions between husbands, it may be the husband from one country and the wife of another country, and what is wrong and denial when the husband, may not be so when the wife».

In spite of the violence experienced by women, we see some of them silent about the injustice suffered by them, and the reason for this is because «fear of divorce and displacement of the family, in addition to the lack of legal awareness and customs and traditions that stand between complaining or silent violence Her husband, or that some of the wives do not find anyone who stands by her father or brothers in case of violence from her husband », stressing that this is her problem, and must be solved with the husband

Previous Article: Article 3
Next Article Victims of checks without balance, criminals by law!

Victims of checks without balance, criminals by law!